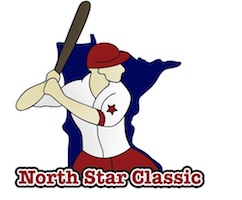 It wasn’t that long ago that the softball community descended upon the Twin Cities for the 2012 Gay Softball World Series where players arrived to find well manicured fields, a surprisingly vibrant club scene and a well-organized tournament.  Luckily for this year’s North Star Classic field, the same beautiful softball fields, nightlife and Northern hospitality await.

Peter Plaehn is the first year tournament director for the North Star Classic and with 31 teams registered over two divisions he feels the tournament is as competitive as ever.  “We run a fun, efficient tournament that we’ve made a point of not overcomplicating,” said Plaehn.  The tournament will be contested at Northview Park in nearby Eagan, Minnesota.  Boasting 8 softball fields, Northview Park was one of the complexes used for the 2012 GSWS.

The tournament will be kicked off with a registration party at the always popular Saloon.  The Boston Beer Company has come on board as a sponsor for this year’s tournament and several of their signature beverages will be on special all weekend long including Sam Adams Boston Lager & Summer Ale along with Angry Orchard hard cider.  The closing ceremonies for the tournament will be held at the Eagle/Bolt Bar, which is a personal favorite of the DD.  Trophies will be given to the top three teams in both the C and D divisions at that time.

Communication is a key part of running a great tournament and the North Star Classic Tournament Committee recognizes that.  “Our Facebook page will be one point of communication before the weekend and during the tournament.  Also, our new website has a central communication hub for updates to managers and team captains,” said Peter Plaehn, tournament director.

Teams headed to the Twin Cities this Memorial Day weekend will be guaranteed five games and will see one umpire for all games in the tournament along with a two umpire set up for the semifinal and championship rounds in each division.  Normal weather conditions in late May for the Minneapolis/St. Paul area call for high temperatures in the low 70’s with low temperatures in the low to mid 50’s.

Regardless of how cool it might be temperature wise for the North Star Classic you can bet that the action on the field will be hot enough for all parties involved.

You can keep updated on all the happenings surrounding the 2014 North Star Classic on their Facebook page at: http://www.facebook.com/northstarclassic?fref=ts

*The DD would like to thank NSC tournament director Peter Plaehn for contributing to this story.  Stay tuned for the next Tournament Spotlight coming very soon!*