Posted on September 5, 2017 by misterdish

Spirited, productive and efficient.  Choice words that best describe this year’s NAGAAA Summer Meetings.  Delegates from 44 member cities joined the NAGAAA Executive Board at the Doubletree by Hilton Hotel in Portland, Oregon to discuss hot topics and get some business done on behalf of the members they represent.

Here are a few of the highlights from the meetings.  Enjoy!

PORTLAND IS READY TO HOST 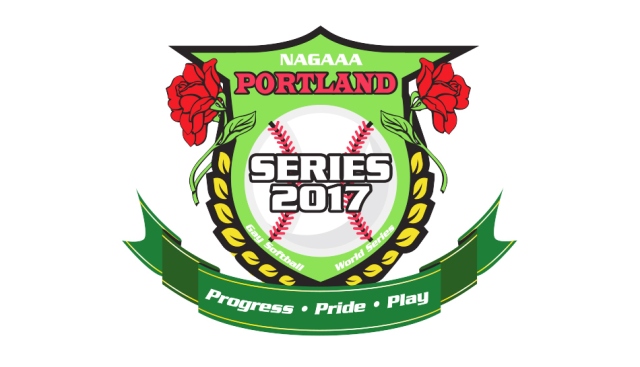 The Portland 2017 World Series Committee spoke about this year’s tournament week and what the players and attendees could expect.  Roy Melani, Portland World Series Committee Executive Director addressed everyone along with his team.  The group spoke about everything from registration changes and events to fields and other need to know items.  Did you know you can’t pump your own gasoline in Oregon?

Saturday’s session brought a presentation by the Kansas City World Series Bid Committee complete with a welcome video from Kansas City’s mayor, multiple committee members speaking about fields, hotels, events and nightlife and an original video showcasing Kansas City out on the town and at the softball fields.  The tournament will return to Kansas City exactly 20 years following the last time Kansas City hosted the GSWS in 1999.  In a first for NAGAAA, Commissioner Chris Balton signed all hotel agreements and field complex contracts on Sunday in front of the council.  Check out Kansas City’s bid videos HERE.

A sub-committee was formed several months ago to look at the current player ratings questions and for that sub-committee to make recommendations on changes that could improve the system.  The recommended changes were presented with little negative discussion regarding the possibility of implementing them in the near future.  These are wholesale changes, not just to the wording of questions, but the recommendation includes new questions making 29 questions in total.  Additionally, the proposed changes add a “place hitting” question and provide standards for pitching included in throwing questions.  The council voted to use the information gained from this sub-committee and from another sub-committee that looked at the formation of an E Division and bring together a proposal for both new ratings questions and divisions at the 2018 NAGAAA Winter Meetings in Tampa, Florida.

COULD 7 DIVISIONS BE ON THE HORIZON?

A sub-committee was formed several months ago to make a recommendation to the council regarding adding an E Division to the NAGAAA divisional structure.  The sub-committee looked at data pertaining to player participation in NAGAAA as a whole and at the GSWS.  The sub-committee presented its recommendation on Saturday with the proposal to include a similar six division structure to what is currently in place.  However, the division cutoffs for what players could play in what division were changed.  The divisions as presented were D Division (player rated 0-8), C Division (players rated 9-12), B Division (players rated 13-16) and A Division (players rated 17 to 27).  Additional changes included lowering team caps in each division to improve lower rated player participation and a “soft cap” in the D Division that would allow a team to pickup one player rated up to 10 as long as that team stayed within the team cap number.  This subcommittee’s findings will accompany the ratings sub-committee’s findings in a new committee that is tasked with bringing an all-encompassing recommendation for both ratings questions and divisions at the 2018 NAGAAA Winter Meetings in Tampa, Florida.

No longer are teams limited to 11 players in the batting lineup.  A motion was unanimously passed to allow teams to bat up to 12 players in their lineup starting immediately at the 2017 GSWS in Portland.  The rationale behind the move was to make it easier for teams to include more players in GSWS games.  Managers can still make the decision to bat less than 12 players if they’d like.

Ron Frank, Tampa GSWS Committee Executive Director gave an update on how Tampa is preparing to host what could be a record amount of teams at next year’s GSWS.  A review of hotels, fields and event spaces were given.  A video was shown highlighting Tampa’s Ybor area where many events and nightlife destinations reside.  Teams should be chomping at the bit to get to Tampa next year with its beaches and reputation for hosting big time events like the Super Bowl and College Football’s Championship Game last year.

An exciting sneak peek of the new NAGAAA database was unveiled at the 2017 NAGAAA Summer Meetings.  The brief viewing of the new system showed a vastly improved system with the kind of functionality and speed that member city delegates have been asking for.  When the system is complete, it will provide a much faster and user-friendly database that should result in fewer errors that have effected player ratings and player identification information for years.

Montreal, Quebec, Canada terminated its association with NAGAAA in the months leading up to the 2017 NAGAAA Summer Meetings.  The association cited repeated issues with being able to field a team at the GSWS as the main reason for ending its NAGAAA membership.  Montreal would have been up removal from NAGAAA due to its absence from the World Series in recent history.  New NAGAAA member cities Des Moines, Iowa and Indianapolis, Indiana both failed to bring a team to this year’s GSWS.  San Antonio brought a team in the C Division to compete in Portland.

Check back with us for updates from the week of fun and games in Portland at the 2017 Gay Softball World Series.  Special posts will be made for tonight’s NAGAAA Hall of Fame Dinner and other happenings taking place the rest of this week.

This entry was posted in Uncategorized. Bookmark the permalink.