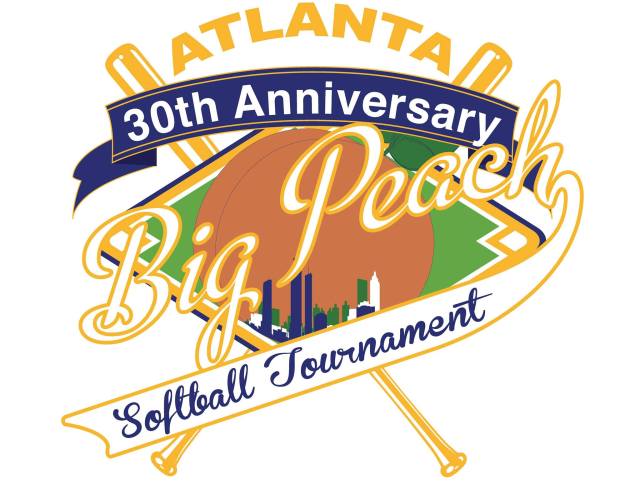 Naughty or Nice?  The Choice Is Yours At This Year’s Big Peach!

The Big Peach Softball Tournament in Atlanta, Georgia is turning 30 this year and this year’s participants are in for the biggest and best tournament experience yet.

Atlanta is routinely one of the top-tier weekend softball destinations and a lot of that credit goes to Kyle Miller, Jay Malloy and the entire Big Peach tournament committee.  These guys and their crew in Atlanta just get it.  They know how to run a big tournament and everything that goes along with it.  If you’re looking to start a tournament or improve your tournament your first call or email should be to Atlanta.  The Big Peach does a lot of things right, but their commitment to the tournament experience is second to none.  This tournament takes the “player experience” seriously and this year will be no different.

Kyle Miller is in his 5th year as the co-tournament director for Big Peach and he is ready for everyone to enjoy Atlanta over Memorial Day Weekend.  “My co-director, Jay Malloy, and the entire big peach committee has been working so hard to make sure this will be one to remember.  We have so many events planned throughout the weekend that there will always be something to do for you and your teams.  As Commissioner of the Hotlanta Softball League, the Big Peach tournament has come a long way in recent history.  We have been able to expand to one of the largest tournaments in the East and I’m really excited to see those teams that come back year after year.  Our tournament is a BIG win for our city and we hope that soon we will be able to put a bid together for the GSWS as we know that we wouldn’t disappoint,” said Miller.

The Big Peach experience isn’t just a two-day deal, it’s a long weekend!  The Atlanta-based tournament wants its guests to show up early and often.  The weekend festivities actually start on Thursday, May 21st with the Big Peach Weekend Kick Off Party at F.R.O.G.S. Midtown Atlanta from 6 pm to 10 pm.  DJ Robert Ansley will be spinning and there will be a $10 Beer Bust!

Friday includes a full day of events staring with a Meet & Greet with NAGAAA Assistant Commissioner Keith Speers at the W Midtown Atlanta Hotel from 4 pm to 5 pm.  If you have questions or concerns stop by the meet and greet after you check in at the hotel.  Friday events roll on with the Big Peach Registration Party on the 27th Floor of the W Hotel.  Registration will go from 5 pm to 10 pm and registrants are encouraged to wear their hippest, raddest 80’s styles as the registration theme is “Throwback to the 80’s”.

After talking softball with Keith Speers and registering to play, catch a shuttle to one of two Big Peach Registration After Parties.  The choice will be yours.  Will you be Naughty or Nice?  Naughty boys will need to head over to The Eagle where DJ Christopher Kind will be keeping the party going strong.  Show your tournament wristband all weekend long for $1 off drinks at The Eagle.  For those nicer folks, Blake’s On The Park is there to satisfy all of your partying needs.  DJ Bill Berdeaux, DJ Mike Pope and the Deadly Vixens Drag Show will be there for your entertainment.  The show starts at 11 pm with dancing following the show!  “We are really excited about having our registration event being an all night event kicking off at our host hotel the W Midtown and then we will be having 3 shuttles going to our registration parties at Blake’s on the Park and the Eagle,” added Miller.

As a part of its Saturday event schedule, The Big Peach has added a Home Run Derby between pool play and double elimination on Saturday afternoon.  All of the home run hitting studs will want to line up for a chance to win a 26 ounce DeMarini Future bat (yes, that’s a pick-a-stick approved bat).  The event will be held on Field 2 at Blackburn Park.  Saturday night will see everyone step into the Jungle Atlanta for the Mr. Big Peach Contest and entertainment from 9 pm to 11 pm.  DJ Neon the Glowgobear will be taking care of the music and the night’s festivities will be hosted by Ruby Redd.  The throwback theme is still in effect as the 80’s will rule the night.  Don’t forget your wristband, the cover fee is waived at the Jungle for anyone with their Big Peach wristband on.

Sunday championship games will go into the afternoon hours, but after the games are done head to The Heretic for Closing Ceremonies!  Trophies will be awarded after all games are completed with entertainment beginning at 6 pm.

The host hotel is once again, The W Midtown Atlanta Hotel.  The Big Peach Tournament committee really has a good thing going with its W Hotel relationship.  Adding onto the guest stay experience by incorporating events at the hotel is a huge plus during the tournament weekend and the returning participants know they are getting a quality hotel stay when they go to Atlanta.  The hotel offered three different types of rooms for booking ranging from $109 per night to $225 per night.

The tournament will be using two field complexes to house all of the fierce softball competition.  The V-Plex in Villa Rica, Georgia will host the C and D Divisions.  There is no alcohol allowed at the V-Plex.  The B Division will play its games at Blackburn Park in Brookhaven, Georgia.  A new complex had to be found very quickly after a property sale forced the Hotlanta Softball League and the Big Peach Tournament off of their long time fields at Metro Softball Complex.  Leaders within the Atlanta softball community found out about the closing on May 3rd, just 20 days prior to the tournament.  In just two days, on May 5th fields were secured for Big Peach and by May 8th two new complexes were identified to finish the HSL regular season.  “While some would have crumbled under such a hurdle, our league really came together all the way from the players, coaches, and our entire board who worked tirelessly to come up with a solution that works.  We were thrilled on the quick turn around for something that could have taken weeks if not months.  The support from our sister cities and surrounding leagues was tremendous and we appreciate the support from the NAGAAA board on it as well,” explained Kyle Miller, HSL Commissioner and Big Peach Co-Director.

Home Run sponsors of the 30th Annual Big Peach Softball Tournament include iCandee, Gun Oil and Start Talking. Stop HIV.  Get dining information and additional sponsor information by checking the tournament website. Just click on the tournament logo at the top of the post.  Another new addition to the tournament this year is online seeding and bracketing.  The tournament committee is working on implementing this so that coaches and players can keep tabs on who they play as well as who other teams are playing easier.  “We are finalizing our brackets to put them online.  We hope to make that announcement here in the next couple days and offer that to our players and coaches.  The brackets can calculate the seeding immediately and should take less than 10 minutes to produce the official brackets,” said Miller.

A strong B Division with 12 teams will be on display in Atlanta over Memorial Day Weekend along with 25 C teams and 22 D teams.  The bar is raised higher each year at The Big Peach as Atlanta has cemented itself as a destination city on the NAGAAA softball tournament circuit.  Congratulations on 30  years and good luck to all the teams participating this weekend in Hotlanta!

This entry was posted in Tournament Spotlight, Tournaments and tagged Atlanta, Big Peach. Bookmark the permalink.