Posted on September 9, 2014 by misterdish 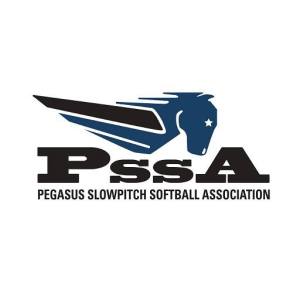 The Dallas PSSA: A Shining Star for Texas Softball

The state of Texas is massive in size and population.  Precisely speaking the state is 2nd in land area behind Alaska and 2nd in population behind California.  With that being said Texans don’t take a backseat to anyone and Dallas’ Pegasus Slowpitch Softball Association doesn’t either.

The PSSA is enjoying its 33rd year of softball in the Dallas metroplex area and its 31st year associated with NAGAAA.  Routinely one of the larger leagues in terms of membership in North America, this year’s edition of the PSSA had 28 teams competing across four divisions.  The intense heat the Dallas area experiences in the late Summer months forces the regular season to run from March to June with games being contested at Kiest Park, a 2014 World Series complex.

Johnny Russell is in his 10th year as the PSSA Commissioner and his inclusive attitude has allowed the Dallas-based league to grow.  “We have a place for everyone because we have more than 400 members and have 4 competitive divisions.  We can find a place for anyone that wants to play,” said Russell.

The 2014 Gay Softball World Series is dominating everyone’s thinking and motivation as we are less than two weeks away from the GSWS Opening Ceremonies in Dallas and the hometown teams representing the PSSA this September know that this isn’t any ordinary World Series.  “We are all very excited about hosting for the third time,” said Russell.  During the World Series festivities a highlight of the week is always the NAGAAA Hall of Fame Dinner and Induction Ceremony, which Russell will be inducted at with fellow Dallas representative Greg Smith.

In an attempt to strengthen fair play and give everyone in their league a fair chance to play the PSSA ran an E division schedule this season.  Dallas joined Houston, Columbus, Atlanta, Portland and several other leagues and tournaments in creating a separate lower division to enhance their members’ playing experience.  “I have no problem with an E division or recreational division in home leagues or in NAGAAA,” Russell stated.

The city of Dallas will be on an international stage in just a few days during Dallas Series 2014 and the PSSA wants to do something that is extremely hard to do, win a Series championship in your hometown city.  Only two times in the modern era of NAGAAA (1992 – present) has a team playing at a Series in its hometown won it all, the 2008 D division champs the Seattle Atomic and the 1999 B division champs the Kansas City Dixie Belle Sharps.  The qualified teams out of the PSSA will try to write their names into the NAGAAA history books at their hometown World Series this September.

*A special thank you to Johnny Russell, soon to be NAGAAA Hall of Famer and current PSSA Commissioner for his help with this article.*

This entry was posted in Monthly League Spotlight, Uncategorized and tagged Dallas, PSSA. Bookmark the permalink.