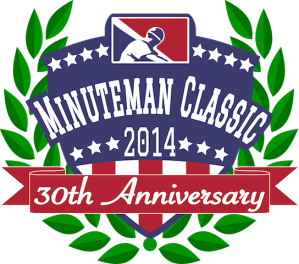 The Northeast United States’ premier gay softball tournament has stepped up its game for its 30th anniversary Minuteman Classic!

To say that Boston has pulled out all the stops for the 2014 Minuteman Classic would be a gross understatement.  To start, this tournament boasts teams from 13 different NAGAAA member city leagues.  No, that was not a misprint/typo….13 different leagues will be represented and they didn’t do it the easy way either with so many large cities in a close proximity to Boston.  From coast to coast, to the upper Midwest, to the Great Lakes region, to the deep South and even to Canada….the guest list to this softball debutante ball is highly impressive.

The tournament features 38 teams across the C & D divisions with the D division providing a really solid field of teams that any sports fan would enjoy watching slug it out on the field of play from a competition standpoint.  Christopher Overlie is the 2014 Minuteman Classic tournament co-director and he pulled no punches on how proud he is of the product Boston is putting forth next week over the 4th of July holiday weekend.  “Boston is a true destination and an experience that everyone should have at least once in their life,” said Overlie.

Participating teams and interested fans can follow the tournament through the Minuteman Classic Facebook page and on the Minuteman Classic Twitter account as the Boston-based tournament is turning to social media to keep folks in the know.  Teams will earn trophies and medals for a top 3 finish in each division and the tournament is rewarding worthy teams with a sportsmanship award too.  “Yes, the competition is great, and yes we all love to play ball, but it’s more about the friendships and great times we have with people from all across the country,” added Overlie.  The participating teams are guaranteed 5 games in the tournament and the Classic is setting itself apart by planning on having 4, yes 4 umpires for each championship game (impressive to the DD to say the least).

Now, that we have all of that silly softball information out-of-the-way we can talk about all of the fabulous parties and activities that will be going on in conjunction with this tournament next weekend.  Teams can get the party started early on Thursday, July 3rd at the brand spanking new Cathedral Station Bar.  The new Boston bar will also host Opening Ceremonies/Registration on the 4th of July from 6 pm to 9 pm (note, players may register on Thursday night too from 6 pm to 9 pm).  Now, for those folks that just can’t get enough of America’s birthday, the party will continue at Club Cafe Boston until the wee hours of the morning!  If all of that didn’t impress you the Closing Ceremonies location will.  The 2014 Minuteman Classic will conclude its tourney at the ever famous Manhunt Mansion in Brookline, MA (this event is available for tourney participants ONLY).

The tournament committee was able to secure a host of sponsors for this year’s Classic including the title sponsor Online Buddies.  Other sponsors include Paradise Bar, The Trophy Room, Stadium Bar & Grill, HINT Water and 5 Star Travel.

It goes without saying that this tournament is shaping up to be sickening!  If you’re on a traveling team and you’re looking for that one tourney to go to next Summer besides the World Series…..think about heading to Boston because they obviously know how to get a holiday weekend tournament right.

*Thank you to Christopher Overlie, 2014 Minuteman Classic co-director for his wealth of information in contributing to this article.*

This entry was posted in Tournament Spotlight, Tournaments and tagged Boston, Minuteman Classic. Bookmark the permalink.